Cupping is an ancient Chinese therapy that has been used for thousands of years to treat several bodily ailments. Historically, it was believed to help facilitate “qi” or the “life force” of the body by balancing yin and yang/positive and negative energies of the body. It was thought that balancing the body would help boost immunity, increase blood flow, and reduce pain.

Today, cupping is a common practice in sports therapy and alternative medicine that was most notably made famous during the 2016 Olympics when Michael Phelps sported several “purple spots” on his back and shoulders. Cupping, acts similar to a deep tissue massage that includes suction and decompression of the tissue. It is beneficial for an array of musculoskeletal complaints and has been shown to reduce muscle tension, increase range of motion, in speed up healing and recovery time. To learn more about cupping in Tempe, contact our team today, or continue reading below.

How does cupping work?

Cupping is performed by placing a cup over an area of skin, which is then suctioned to the body creating a vacuum that pulls the skin up into the cup. Traditionally, cupping is performed with glass cups using fire and heat to create the suction between the cup. More commonly in western-based Sports Therapy techniques, such as those utilized at Axis Spine and Sport a silicone or plastic cup is used with a hand-held device that creates the suction. Both have the same great benefits and are utilized based on the technique or tradition the practitioner was trained in.

It cupping painful and what should I expect after a treatment?

You may have seen photos of people following cupping and wonder whether the bruising or treatment itself is painful. In most cases, a mild tension or pulling sensation is common, but the therapy should not be painful, most actually enjoy the sensation! The “spots” are actually areas of mild bruising called petechiae caused by the increased blood flow to the area. When the skin is pulled into the cup, there is a bursting or rupturing of the small capillaries just beneath the skin. While this sounds as if it may be painful, this is the process that is believed to create the awesome benefits of cupping. The petechiae typically only last a few days to a week. The intensity of the darkness depends on several factors such as how easily one bruises, the tension applied to the cup and how much inflammation is already in the area. Traditionally speaking, there was a greater build of “qi” in that region that needed to be cleared out! It’s important following treatment to drink lots of water and eat healthy whole foods to help flush out toxins and promote the healing response.

Cupping therapy has been shown significantly decrease healing time, decrease musculoskeletal pain and tension throughout the body, and restore function and range of motion. What was once an ancient Chinese Medicine due to its variety of healing effects on the body, the technique has become a modern day Sports Medicine and the results speak for themselves! 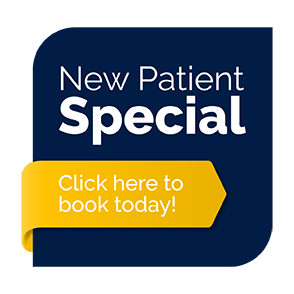